San Jose, Costa Rica, 2020-Aug-20 — /EPR INTERNET NEWS/ — Although the coronavirus pandemic represented a bump in the road, the Global Sports Betting Market is on track to reach $155.4 billion by 2024. The trajectory, which represents a compound growth rate (CAGR) of 8.8%, can mostly be attributed to a couple of sports. By far, international sports bettors wager on soccer. In the U.S., football is the players’ betting sport of choice.

As the online sports betting continues to grow more bookies are looking for more established software companies like Payperhead.com to grow their businesses. Pay per head agents, those who use bookie software to run their sportsbooks, can expect the NFL to generate 2020 revenue in line with what they saw in 2019. In some cases, this NFL Season may generate more since players remain hesitant about visiting brick and mortar betting establishments.

Every year, the National Football League’s annual Super Bowl attracts the most wagering dollars of any single event. In 2018, the Super Bowl generated $158 million in handle. Some sports bettors wager exclusively on NFL football games. Their biggest bet of the year is on the Super Bowl.

Although the Big Ten and Pac 12 won’t have football this fall, the SEC, ACC, and Big 12 will. Also, the NFL is on track to start their season on time in September. The lack of Big Ten and Pac 12 games should have a negligible effect on football betting numbers. Most sports handicappers will turn their attention to SEC, ACC, and Big 12 college games.

Some pph sportsbook agents have already started the push for football wagering dollars. One agent who wished to remain anonymous said that he sent out the NFL’s opt-out list to his players a day after the league released it to the public.

The National Football League told players that they had until August 6 to opt-out of playing in the upcoming season. Players were compensated either $150,000 or $350,000 depending on their opt-out reason. On August 7, a per head agent copied the list and emailed it to his players. “I wanted to give my players information that can help them plan for the season.”

Customer care isn’t the only thing the agent did. He recently switched pay per head software providers, moving to a shop that offered credit card transactions. “Some of my players didn’t want to meet in person. Now, all they must do is use the system to pay me via credit card. I can also make payouts directly to their cards, which makes them happy.”

Although credit card transactions were the most important aspect that led to the switch, the bookmaking agent said that wasn’t the lone reason. “My players don’t wager much on NBA and MLB. So, I didn’t see much of a change in revenue. But losing the NCAA Basketball Tournament was huge. That’s my second best profit generator.”

“I had to find a pay per head shop that made it easy for me to import my players and offered more than my current provider did,” the agent said.

The agent added, “I don’t mind paying a higher per head fee because I can’t take the chance. I’ve got to try and make up the lost college basketball tournament profit with football betting.” 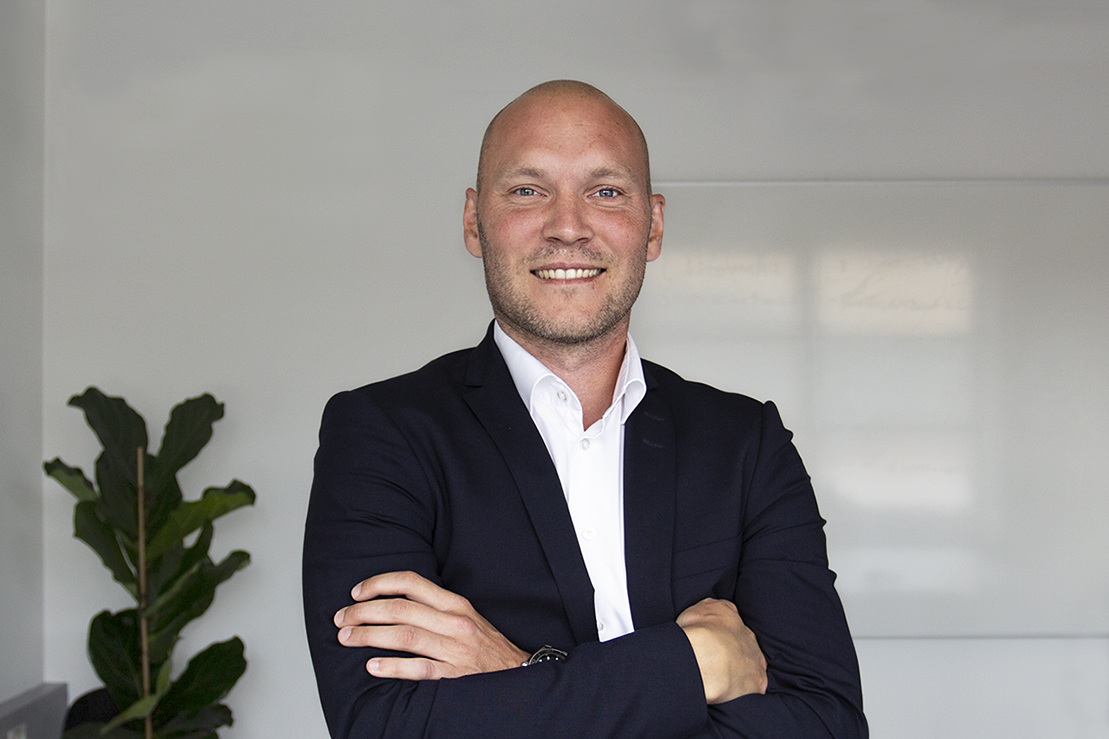 The Management team is delighted to onboard a new Chief Financial Officer who can continue to manage the financial growth of Mono’s global and partner-driven Software-as-a-Service (SaaS) business. In his role as CFO, Jeppe will be responsible for ensuring a sustainable financial strategy that supports Mono’s growth strategy. Jeppe replaces Kasper Boel Rousøe, who has decided to pursue new career opportunities outside Bauer Media Group.

“With a proven track record within SaaS and fintech, I’m thrilled to welcome Jeppe Gammelby as our new Chief Financial Officer. As we accelerate the growth of our business, strong financial management is vital and we warmly welcome Jeppe’s experience,” says Louise Lachmann, CEO & Co-founder of Mono Solutions.With a strong financial background, Jeppe brings more than 10 years of experience in financial controlling, planning and management. In his prior role as Finance Director at Verifone, Jeppe was responsible for leading the development and implementation of key financial strategies and initiatives, as well as the overall financial analysis to support and optimize strategic decisions. Jeppe holds a Master’s Degree in Business Economics and Auditing from Copenhagen Business School in Denmark.

At the same time, Thomas Loft was appointed Chief Financial Officer (CFO) for the Business Area SME Services, leading innovator and supplier of highly automated digital marketing services for small and mid-size companies. Thomas joins from the Danish company TimeExtender, where he was COO and CFO. Prior to that he had served for eBay in various senior Finance roles. Mono’s CFO Jeppe Gammelby will report directly to Thomas, as well as Louise Lachmann.

Now the times have changed and as the local bookie business starts to gain in popularity, so do the demands of satisfying the players. And it’s PayPerHead’s proprietary Agent Payment Solution that is making it safe, convenient and practical for bookies from all walks of life to manage and grow their businesses.

Bookies must figure out on their own how to collect or pay players. In a social distancing age, that can cause major delays and disruptions in a bookie’s sportsbook operation. Not only that, but bookies cannot compete with offshore post-ups because they must keep their services at a local level.

Created in 1997, PayPerHead, a leading pph sportsbook software provider, has developed a mobile online payment interface, the Agent Payment Solution (APS®). PayPerHead’s agents can pay or collect from players via the APS in a matter of seconds. The APS works like PayPal but unlike PayPal, agents that use the APS mustn’t pay exorbitant fees.

Johnson explains that, “We want our agents to be safe first of all. And not only that, but the APS allows agents to expand their businesses. It’s a mobile agent and player payment system that allows our agents to say, ‘Hey, you can pay and get paid in the same way as any offshore post-up operation.’ That allows our agents to increase their player footprint, which means they grow their sportsbook businesses, which means they make more money. Also, they don’t have to be restricted to the same area and can recruit players in other ways.”

Johnson noted that players can send money to their agents via credit cards, Bitcoin, eCheck, and even Moneygram. He added that PayPerHead believes the APS will revolutionize the pph sportsbook industry with its seamless technology. “With the APS, it’s all about confidentiality and security. We’ve created the PayPal for our industry. The difference is that the APS doesn’t charge a fee for every transaction the way PayPal does. In addition, our agents can make as much money as they want because they can promote their sportsbooks to players all over the world if they wish.”

Also, Johnson said the Agent Payment Solution provides peace of mind. “It’s a great thing to know that you’re going to get paid safely and securely. We’re the first and only to come up with an answer to that question, the most important question that pay per head bookies have. With the Agent Payment Solution, all our customers must do is go onto the system, go to Pay Me, then continue to the payout process and that’s it.”

Dallas, TX, USA, 2020-Aug-04 — /EPR INTERNET NEWS/ — The Bitcoin core network today runs on the proof of work algorithm. It leaves the network open to the 51% attack, also it is costly to mine and harmful for the environment. The PoW mechanism has also been a hindrance to scalability.

However, numerous innovations are trying to deal with the issues, facing the Bitcoin network while preserving certain unique aspects of the original concept. For instance, the 21 million tokens supply along with the proven code-base that has been improved over a decade is worth preserving.

The Bitcoin Proof of Stake coin reserves the strongest aspect of the Bitcoin network with a flexible proof of stake algorithm. It presents a new paradigm in the utility of crypto. The Bitcoin PoS coin preserves everything that Bitcoin has while bringing new development to the blockchain technology.

Driving Mass Adoption
When Satoshi Nakamoto launched Bitcoin about a decade ago, his goal was mass adoption of crypto that would replace the current financial system. However, that goal has not been achieved. Many crypto projects in existence today have numerous issues that prevent mass adoption.

The Bitcoin PoS project aims to advance Satoshi Nakamoto’s vision of a decentralized financial network that is independent of centralized control. Bitcoin Proof of Stake is designed to be scalable and easy to use. The goal is to give access of banking services to billions of people globally. To achieve this, Bitcoin PoS aims to be a coin for ordinary retail payments.

About the Proof of Stake Mechanism
The Bitcoin network is secured using a proof of work mechanism. However, the PoW mechanism is energy-intensive and requires expensive mining rigs to secure. The proof of stake mechanism wants to replace how consensus is achieved. Instead of using PoW, the staker that generates a block has to provide proof that they have access to given number of coins.

Generating the block will entail the sending of coins to oneself, which proves ownership. The amount of coins needed for staking is determined via a difficulty adjustment model that is similar to the PoW mechanism. The goal is to ensure an approximate constant block time. Just like PoW, the block generation process will result in rewards via a transaction fee and supply model.

Bitcoin PoS Deals with the Bitcoin Centralization Problems
The Bitcoin network appears perfect to its proponents. However, it has a problem with centralization. The high cost of power and the expensive mining rigs mean that only a few select companies can afford to mine the BTC network.

The result is that only those with access to cheap power can secure the network. Today, most of those miners are located in China, which has led to a high concentration of mining power in one region. In effect, Chinese miners control the Bitcoin network. It was not the vision of decentralization that Satoshi Nakamoto had in mind.

To make the issue worse, the places where the cost of power is low also have highly authoritarian systems of government. Another issue is that in nations where the cost of power is high do not recognize BTC mining as a business. Thus, miners do not get access to subsidized power. It has led to the proliferation of mining cartels with some companies controlling as much as 5% of the mining power.

The Current State of Bitcoin PoS
While Bitcoin Proof of Stake uses a proof of stake mechanism, the Bitcoin PoS still keeps up with upgrades to the Bitcoin network. Any upgrade made by the developers are added to the Bitcoin PoS blockchain. Today, the coin is tradable on crypto exchanges; it has a market price of USD 89.07 according to data on CoinMarketCap. It has a market cap of $308,995,384 and it is ranked at 40 by market cap in the world but actual raking on coinmarketcap.com is 205 because of their raking systems.

New listings on different platforms and exchanges will come.