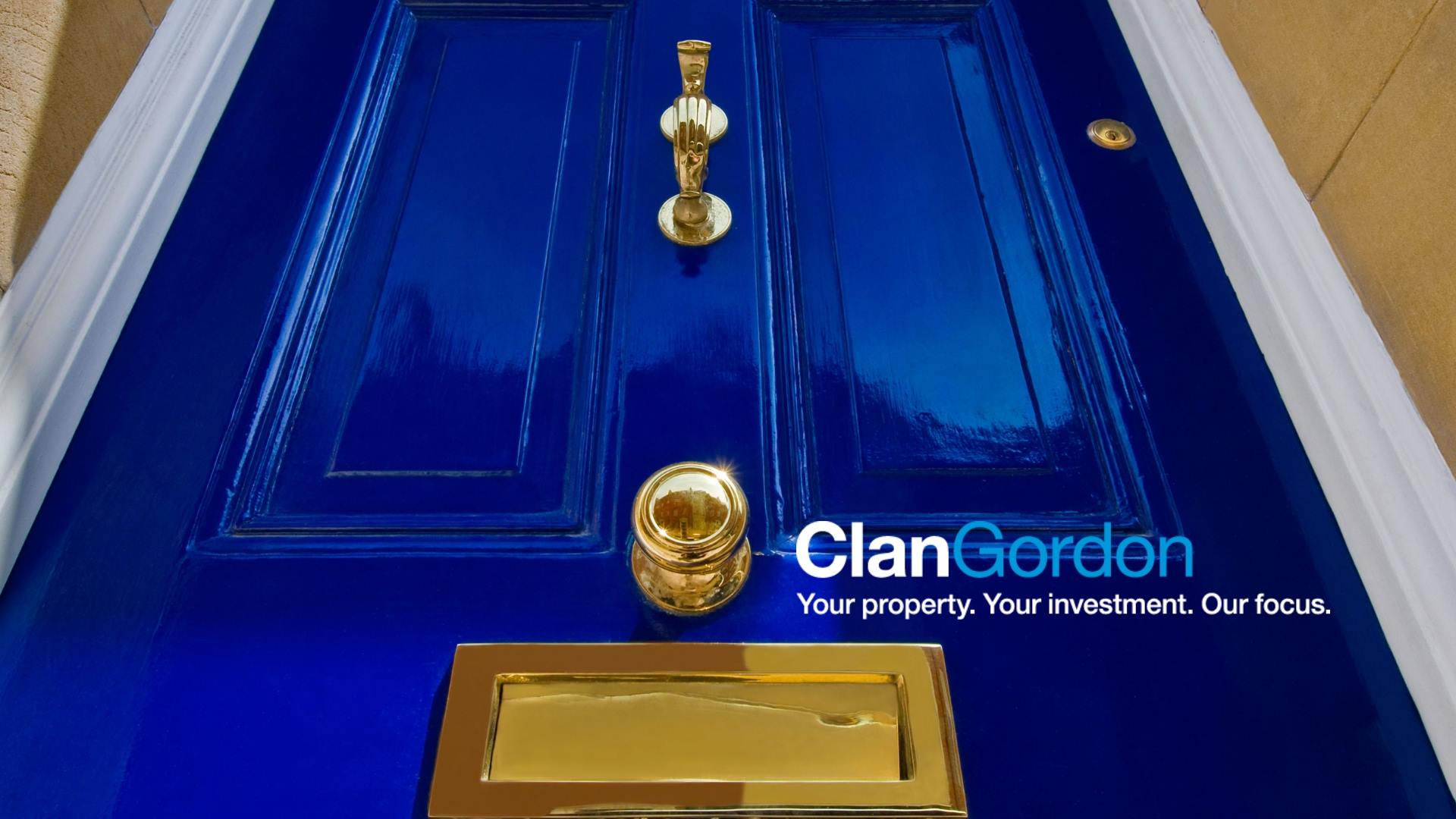 EDINBURGH, United Kingdom, 2020-Jan-30 — /EPR INTERNET NEWS/ — A LEADING Edinburgh letting agent has added a record number of properties to its portfolio in the last year – thanks in part to stronger legislation impacting the sector.

Clan Gordon, which focuses on high quality homes in or near the city centre, has seen its properties under management now exceed 500, growing by three per week on average – with 152 additional homes on its books in the latest 12 months to December.

The surging growth has largely been the result of switches from other letting agents where landlords were either unhappy with the level of service they were receiving or sensed a lax approach to the new regulations governing the sector.

Growth has also been driven by properties taken over from letting agents which have been forced to exit the sector as they were unable to meet the requirements of the new Letting Agent Code of Practice or, in one case, had been forced into liquidation.

Jonathan, who founded the business alongside his brother, Andrew, in 2008, believes it is a clear sign that the industry must continue to drive up standards – and that by protecting and respecting tenants, landlords can enjoy an improved and more profitable outcome.

He said: “It’s nothing less than a pivotal time for the sector – and with the approach Clan Gordon has taken we can only see our market share continue to expand.

“While some landlords and agents may look to maximise short-term gain, a healthy relationship with the tenants, which we strive for at Clan Gordon, can produce a far better outcome for all parties. It creates fewer issues, cuts unnecessary turnover and typically results in a greater long-term financial return for the landlord.”

The latest Letting Agent Code of Practice and Letting Agent Registration introduced by the Scottish Government is seeking to increase professionalism in the sector.

It means that both landlords and tenants can challenge poor practice – and enforce it through a tribunal if necessary. Agents must now ensure all owners and managers are trained and have a qualification at (or at the equivalent of) Scottish Credit and Qualifications Framework (SCQF) level 6 or above.

As a Firm of Surveyors which has been regulated by the RICS (Royal Institution of Surveyors) since they started almost 12 years ago, Clan Gordon already met all of the requirements of the new Code of Practice and goes above and beyond this by ensuring all employees – not just managers – are qualified to this level.

Across the new properties, the letting agent took over 12 properties from CMC – after it went into liquidation. A further 20 properties switched from an English agent unwilling to join the new Letting Agent Register. A total of 50 transferred from an Edinburgh agent also unable to meet the new requirements.

A further 70 new properties are the result of switches from other agents, or from new landlords altogether.

Jonathan added: “We’re driven to provide the best letting experience in Edinburgh for both tenants and landlords.

“That means we already go the extra mile. We believe that the vast majority of landlords are looking for an honest, open and efficient service and are pleased to see these efforts to try to drive up standards across the board in the sector.

YOUNGSVILLE, LA, 2020-Jan-17 — /EPR Network/ — Souled Out Entertainment is pleased to announce and formally introduce their 2020 musician lineup! This year marks the twenty year anniversary of Souled Out and is excited to unveil the musicians that will undoubtedly celebrate this historical milestone for the band. 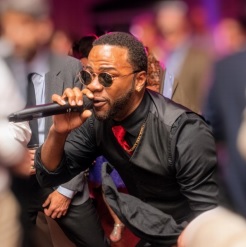 Vocalist, Jharett Johnson
Jharett hails from Houston, TX and has been performing with Souled Out since September of 2019. “I’ve been a fan of Jharett from the first time seeing him perform – his energy, stage presence is a an extension of his personality. Our fan base has been enamored with him since day one. He’s a young man making the absolute most of his opportunity and I’m excited for him” says Souled Out owner/manager, David Mouton. 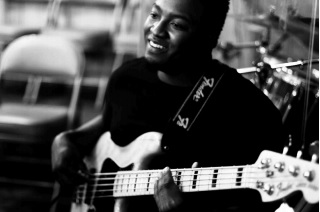 Bassist, Ronnie Turner
Ronnie is a native of Gulfport, MS who is no stranger to Souled Out having performed with the group occasionally over the past three years. “Ronnie’s style of playing was a perfect fit for what we were looking for in a bass player. This incarnation of our rhythm section very well may be one of the best I’ve ever played with!” 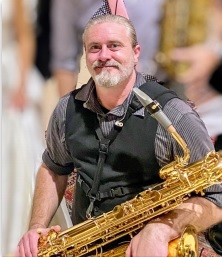 Saxophone, Kyle Gambino
Kyle, a Lafayette, LA native, has been performing sporadically with Souled Out since 2018. When the impending departure of longtime saxophonist Ryan Lottinger needing to be addressed, it was a natural progression. “I’ve known Kyle since we were music majors at UL so I knew that his experience, musicianship and love for performing would be a great addition to our horn section.”

Trumpet, Zach “Fatty” Broussard
Zach (or “Fatty” as he’s affectionately named) returned to the Souled Out stage in the summer of 2019. This Erath, LA native previously performed with Souled Out from 2006-2013. “I am so happy to see Zach’s return “home” and he has such a passion for what we do here in Souled Out. We’re blessed to have him back in the group” 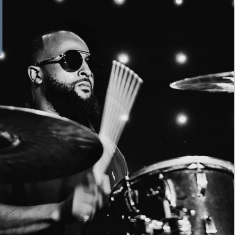 Visual Timekeeper, Jerelmy Carr
Jerelmy is quite an accomplished drummer with an impressive resume hails from Hammond, LA. His experience and talent makes him a sought after asset. “Jerelmy was the piece of the puzzle that we were searching for. We all knew, instinctively, that Jerelmy was our guy.” 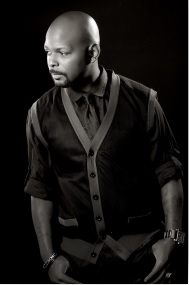 Vocalist, Damon Davis
Damon, hailing from Baton Rouge, LA, found his path to Souled Out paved a few years ago while with another band. “Several years ago, our horn section had done some show dates with Damon’s previous band, Mojeaux. I admired Damon as a very talented vocalist/performer and that impression didn’t go unnoticed…or forgotten. When the idea of possibly adding another vocalist to Souled Out, I reached out to Damon. He’s been captivating audiences ever since and we’re excited for what the future holds.”

These new additions combined with the other Souled Out mainstays: Lynell Cyprian (lead vocals), Dave Mouton (saxophones), Blake Guidry (keyboards/vocals), Glenn Zeringue (guitar) and Dave Clayton (sound engineer) are excited to celebrate twenty years of Souled Out and lead the way into the next decade!

About Souled Out
Souled Out is an eleven piece band hailing from across south Louisiana. Conceived in 2000, Souled Out has been entertaining audiences with its unique brand of interaction and choreography. Souled Out has entertained wedding receptions, corporate events, Mardi Gras krewes and nightclubs in Alabama, Louisiana, Mississippi, Florida, Tennessee and Texas. Souled Out has earned “Best Band” by the Tri-Parish Times on three separate occasions as voted for by their endearing fan base. Souled Out is a five time WeddingWire.com ‘Couples Choice’ Award Winner (2016, 2017, 2018, 2019 and 2020). In addition, they’ve been named The Knot’s ‘Best Of Weddings’ in 2019 and 2020. Souled Out has also been voted “Best Cover Band” by The Times of Acadiana in 2018 and 2019. As one writer recently pinned, “Souled Out is the band you’ve always wanted to see….but didn’t! When you attend a Souled Out performance, you’re forced to listen with your eyes wide open!”

If you’re looking to have a band that brings energy, great music AND performs in such way that it brings people together then Souled Out might be your band. Despite the fact that they’ve performed at well over a thousand weddings since 2001, Souled Out has developed a niche of being the band that not only entertains your guest but becomes the “life of the party”. Each and every reception performance is a very personal and unique experience for all of their clients. The goal at every event that we are honored to be a part of what is the vision that the client had during their planning process. Many clients that utilize Souled Out’s services didn’t want the “typical” band – they wanted much more and they choose Souled Out. Please visit Souled Out online at www.SouledOutLA.com and follow on social media: https://www.facebook.com/souled.out.54/ and @souledoutla on Twitter and Instagram